Scratch gets a bad press with its colourful blocks and cartoon sprites, people automatically assume that it’s intended for just primary school learners, when it so isn’t. There is so much to learn and achieve through the platform. So to prove a point, First Coding entered a game built using Scratch into a game dev competition. Pitched against other game developers who were using the likes of Unity and other engines to build their creations, despite feeling like a little fish in a big pond, this little Scratch game came third overall!

Here were some of the comments the game received from other developers:

The voting period was kept open for a week after the competition had finished, giving people plenty of time to play all the games that had been entered. The final result for our entry was as follows: 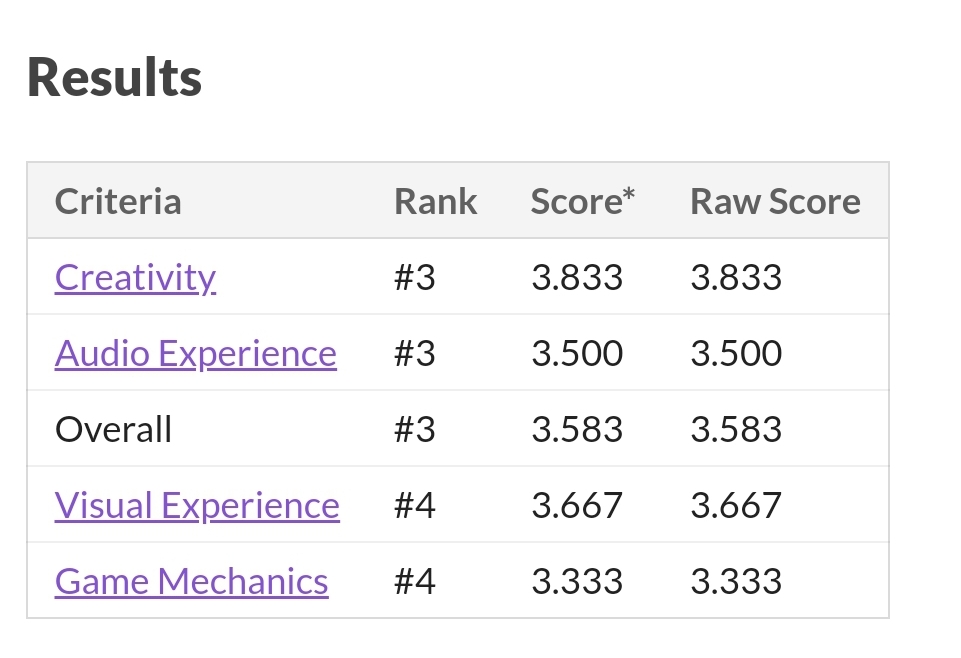